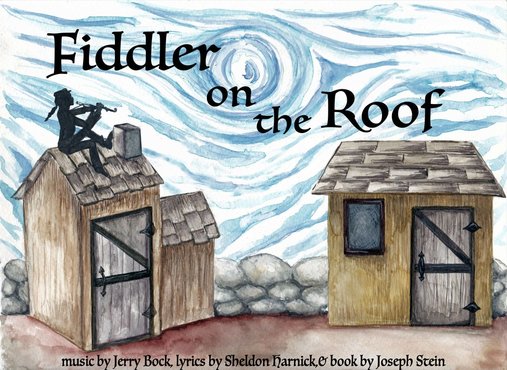 Fiddler on the Roof

Set in Russia in 1905, this beloved, award winning family musical is based on stories by Sholem Aleichem.  It centers on Tevye, the father of five daughters, and his attempts to maintain his family and Jewish religious traditions while outside influences encroach upon their lives.  He must cope with both the strong-willed actions of his three older daughters as each one's choice of husband moves further away from the customs of her faith, and with the edict of the Tsar that evicts the Jews from their village.

Our goal is to have our audiences journey back in time to Anatevka where its inhabitants faced the many challenges of life in a small village in the midst of a world that did not understand their ways.  Our cast, made up of actors of various religious and cultural backgrounds, have worked hard to place themselves in the shoes of Anatevka’s residents.  While the show is well known for its humor, the underlying theme of people struggling to maintain family bonds and traditions in the midst of religious persecution and a changing social order is as current today as it has ever been.

Our cast is comprised of many talented singers, dancers, and actors from all over the greater Boston area.  Our directors, Tom and Marlene Wachtell, are an award winning team that have created several productions on the Theatre III stage.  Our musical director, Martha Warren, is a classically trained singer, performer, and teacher.  Making his Theatre III debut, Dan Marshall, a professional performer and choreographer, has created original ethnic, folkloric, and classical choreography for this production.