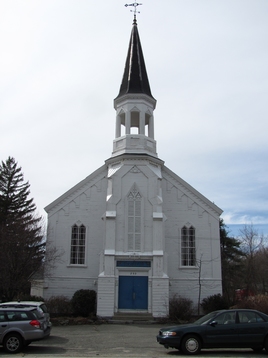 Theatre III is a non-profit volunteer organization dedicated to promoting the performing arts through bringing high quality performing arts to the surrounding community; by giving meaningful opportunities for involvement in theater production to the skilled local artists and talented production staff who participate in all aspects of bringing performances to the stage; and by engaging with the surrounding community with support for other local organizations and projects.

Theatre III is a non-profit volunteer organization dedicated to promoting the performing arts through education and high-quality, reasonably priced performances for the entertainment of the residents of surrounding communities.

In so doing, we strive to embrace the open participation of people of all ages, to share resources, to facilitate an outlet for creative expression, and to expand the knowledge of participants in all aspects of theatre arts (performance and production) in an atmosphere of friendship and camaraderie.

Since its inception, Theatre III’s objective has been to provide the finest quality performances at affordable prices. We strive to make the arts accessible to as wide a range of audiences as possible, and the company can boast of over 50 years of success in this endeavor. Numerous awards and rave reviews attest to this fact. Whether a musical, comedy, or drama, Theatre III presents them all with professionalism and panache.

Theatre III is a non-profit organization, fully operated by hard-working, dedicated (and fun-loving) volunteers. Our auditorium seats roughly between 170 and 200 patrons, depending on show configuration. Three productions are staged during each regular season – one each in fall, winter, and spring – usually including at least one major musical plus various comedies and dramas. The regular season is often augmented with special events such as holiday shows, benefit performances, children’s productions, directors’ workshops, and even murder mystery dinners.

We’re proud of Theatre III’s legacy of producing high-quality theatre very economically. We scrimp and save wherever we can. Sharp eyes may notice how a little touch of paint or a new stretch of fabric often allows us to re-use elements of sets and costumes. Of course, fundraising for a non-profit volunteer-operated organization such as Theatre III is on-going. Owning our building is both a great benefit and a huge responsibility. Anyone who has owned an old home knows maintenance and operation can be costly. Theatre III sits in a historic district, so capital improvements to the facility must fall within strict guidelines for historical accuracy. For example, the company must eventually replace very old, deteriorating windows in the auditorium, at an estimated cost of $2000 per window unit.

We depend on the generosity and philanthropy of our patrons and local businesses. You can help by becoming a sponsor, patron, active member or season ticket holder. If you’d like to help, please contact us.

Theatre III was established in 1955 in the lovely former West Acton Universalist Church building at 250 Central Street, next to the West Acton fire house. It is Acton’s foremost and oldest community theatre.

The church occupied the building from 1868 to 1925, when it was taken over by the West Acton Women’s Club. In 1955, the Women’s Club sold the building to a new organization named the Acton Community Center. The Center sponsored various activities, including a nursery school and dog-training classes, and a fledgling drama group called The Little Theatre Workshop, founded by Bob Darling.

The Little Theatre Workshop (or LTW, as it came to be known) soon staged its first production, “The Curious Savage”; followed in the fall of 1956 by “The Tender Trap”. From then on, LTW staged three productions each year. In November, 1964, after much debate among its members, and six months of rehearsal and pre-production work, LTW staged its first musical production, “Oklahoma!” The show was so well received, that a musical quickly became a standard entry in each LTW season.

At roughly the same time, The Community Dance Theatre was formed by Marilyn Abbott to put on dance programs for children (choreographed by company members) and musical revues for adults. Soon after, a third performance group, The Acton Community Chorus, was formed, further increasing the demand for stage time for rehearsals and productions. In 1968, the Community Center board put an end to the ‘competition’ by combining the groups into a single organization, naming it Theatre III to acknowledge the three source groups.
Site hosting by  Weebly